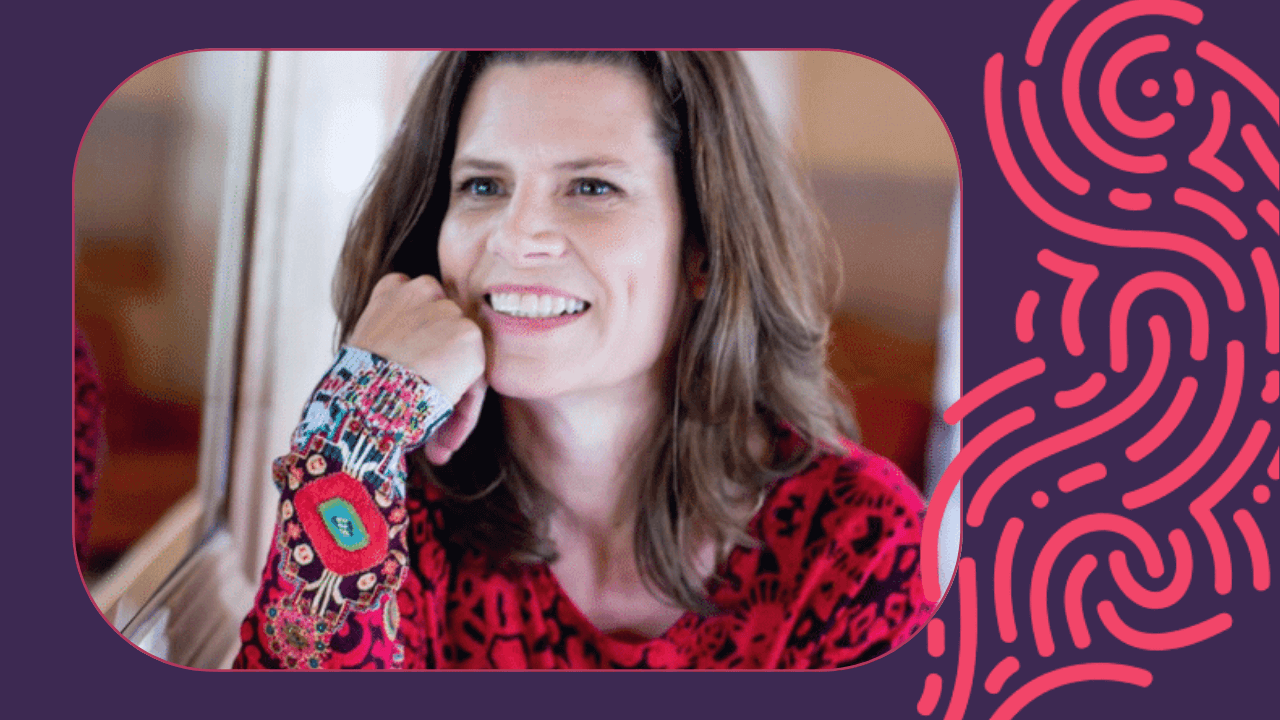 Julia Black is CEO at Explorium and innovator behind Lights On®.

She’s a mother to two teenagers (and a Hungarian Vizsla), a master neurocoach, and a passionate advocate for educational transformation.

Once a BAFTA and Grierson nominated documentary director, she hung up her filmmaking hat to be a hands-on mum. And later found a new vocation – to which she has dedicated the last 15 years.

She first supported the learning of her own children and then went on to empower thousands of other students to become self-motivated, successful and switched on learners.

The trouble with school

Julia’s journey to becoming an educationalist was an accidental one.

When her daughter started school at the age of four, things didn’t go as well as expected.

Her engaged and hungry-to-learn pre-schooler quickly became resistant to the school experience. She complained of feeling bored and demonstrated angry, frustrated behaviour.

With a burning desire to switch her daughter back onto learning and an instinctive feeling that learning should be as child-led as possible, Julia began her own journey of educational discovery.

Firstly, she decided to flex the school system, home-schooling her daughter one day per week. This was an opportunity to nurture passions and allow her daughter to express herself freely.

Julia also became more involved with her daughter’s school, becoming a parent governor and Chair of the PTA.

She sought to improve the school experience for her daughter and – in doing so – experienced her own lights on moment.

A day at the circus

It’s 2010. Julia is dressed in a pink curly wig, false eyelashes, a colourful corset and a borrowed wedding dress underskirt.

She’s just led the whole school community in creating and performing in a big top circus extravaganza on the school field.

Julia saw for herself how every single child had the chance to shine, to be present in the moment and to fully switch on – enjoying and learning from a unique experience, and importantly their parents did too.

As a result of that day at the circus, Julia won a National Parent Teachers Association award – the Gold Star Award for “Changing the Life of the School.”

She also discovered her calling as a social entrepreneur and educational changemaker.

Julia decided that she wanted to give more children the opportunity to find their spark. She wanted to help kids rediscover a love of learning, both participating in and actually enjoying their education.

So began her quest to disrupt education as we know it. Inspired by working with her daughter's school, Julia founded Explorium in 2013.

Under the Explorium banner, Julia set up a Creative Learning Centre for home educated children.

She also worked within school settings – supporting both struggling learners and high achievers to realise their learning potential.

Working with Julia and seeing the students tapping into the core of who they are and believing in themselves has been amazing. Shonogh Pilgrim – Educationalist, Former Principal

In 2016, Julia opened up an Explorium centre on site at a secondary academy. Things didn’t go to plan.

In a new setting, Julia discovered the true scale of disengagement. And that the school environment wasn’t the right place to address it.

After a period of soul searching and extensive educational research, Julia realised that a different approach was required.

She found that focusing on supporting parents, to create a culture of learning in their homes, produced more meaningful results.

And that changing the internal learning environment, rather than the external one, was the key to a child’s learning success.

In 2017, Julia created the metric Lights On® and launched a global online community for parents and children.

Her approach to learning gave parents a step-by-step roadmap to discovering and supporting the learning styles of their children.

Julia’s expertise is outstanding! Lights On® is so simple to implement, so effective, so robust. Sarah Nykoruk – Podcaster, Educator, Master Neurocoach

Fast forward to 2021 and Julia has worked with thousands of children, both in and out of school settings.

She has helped families and teachers to unleash the potential in their children, supporting them to become engaged, resilient, lifelong learners.

But Julia won’t be stopping there. From first-hand experience and through her neurocoaching Julia has seen that the biggest difference to a child’s educational success is when mums invest in switching their own lights back on.

As the matriarch of the family, mothers have the power within them to lead, empower and inspire their children. And, Julia is on a quest to guide mothers on their own journey of discovery.

Learn more about Explorium and the Lights On® framework at explorium.co.uk. 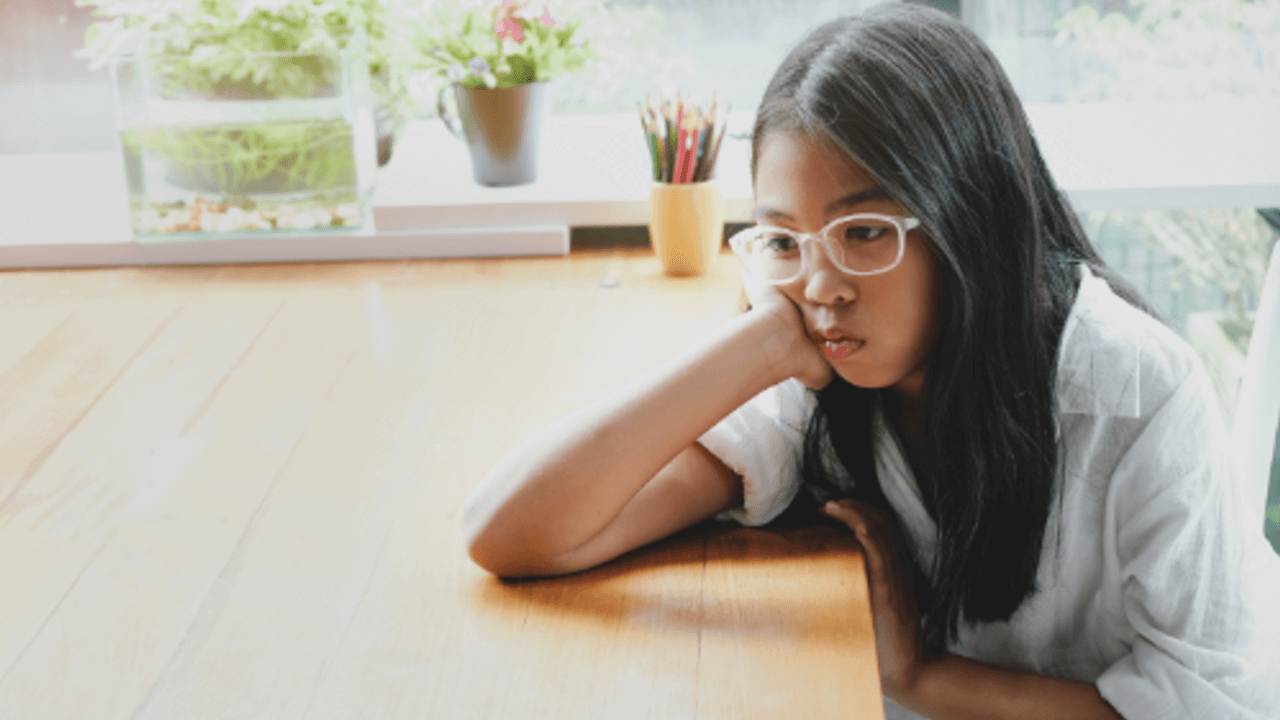 What is a disengaged child really thinking? 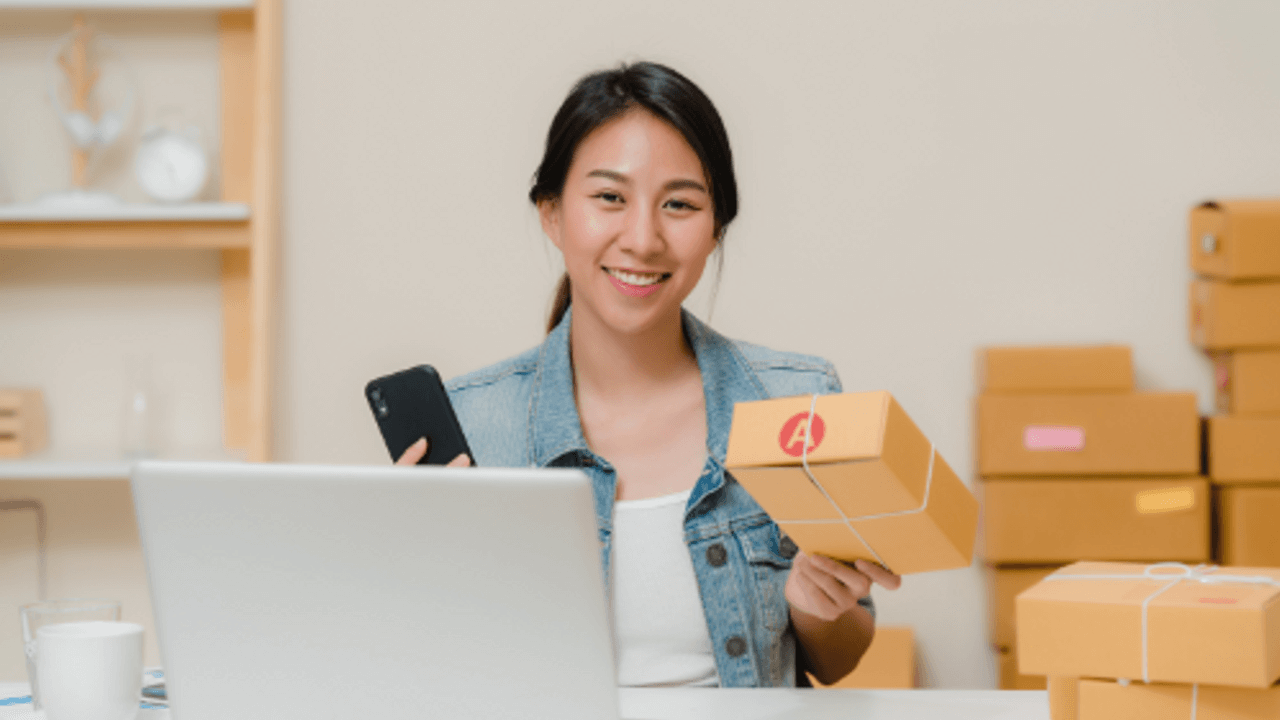 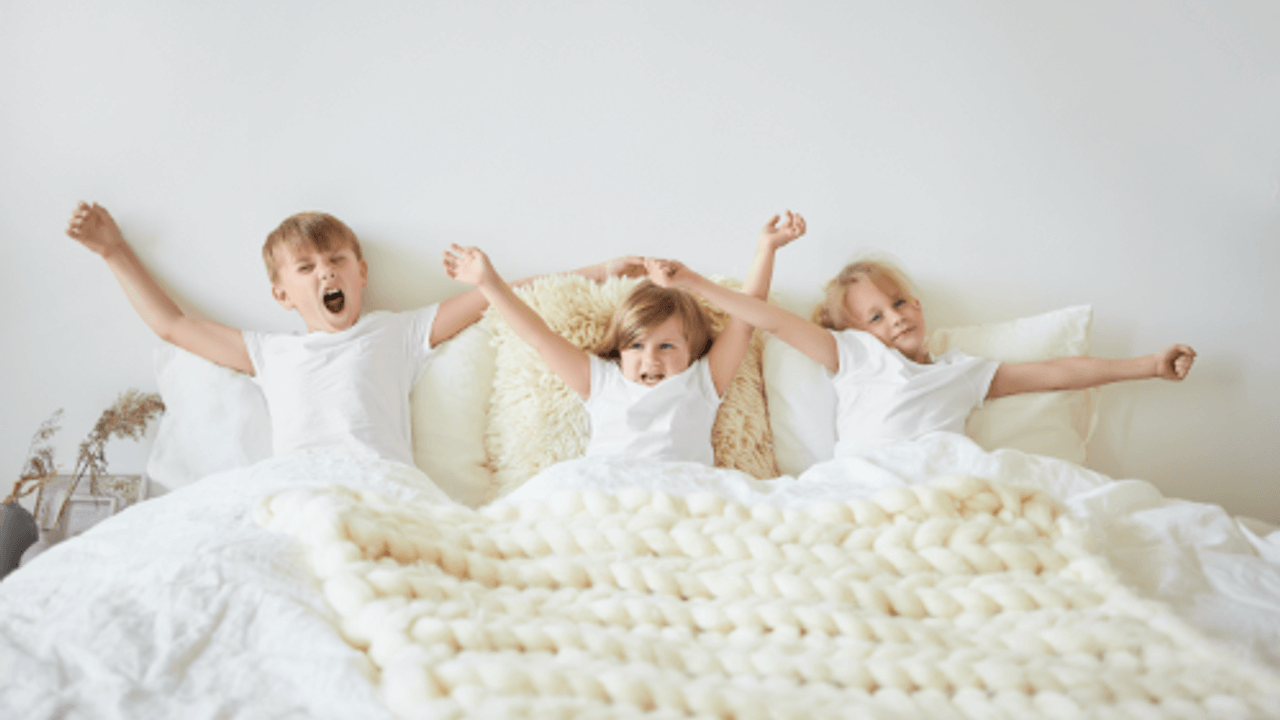 What Gets You Out Of Bed Every Morning?

Stay connected
with news and updates!

Five Steps To Becoming An Inspiring Leader Of Your Family! 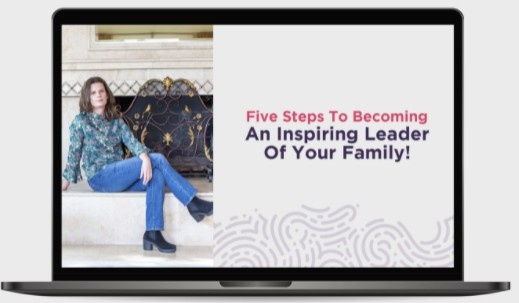 The Real Reason Your Child Doesn't Want to Learn

Plus all the insight you need to
switch them back on

Get access to the eBook written by Master NeuroCoach and NCPTA Gold Star Award Winner Educationalist and Parent Julia Black! 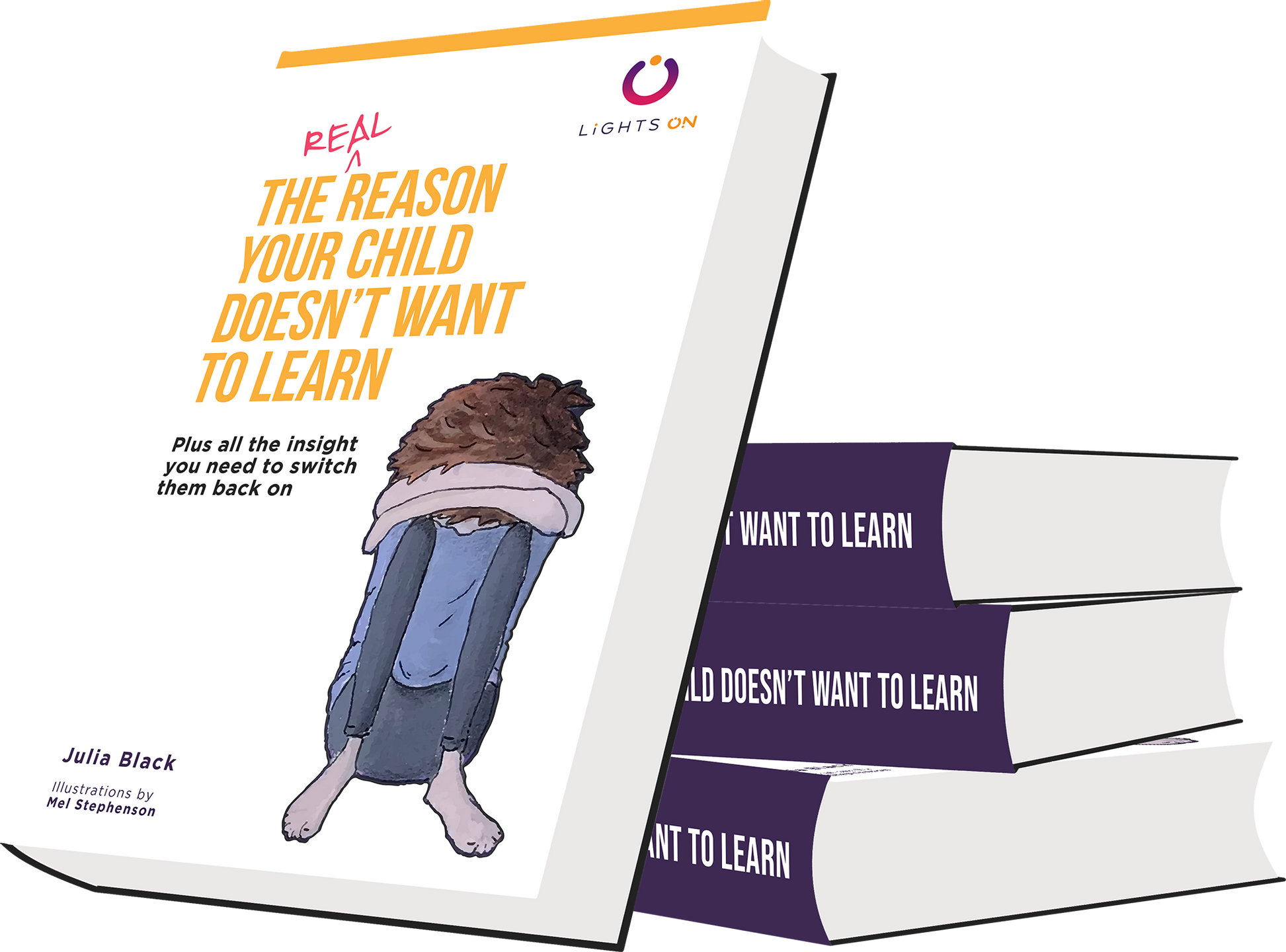